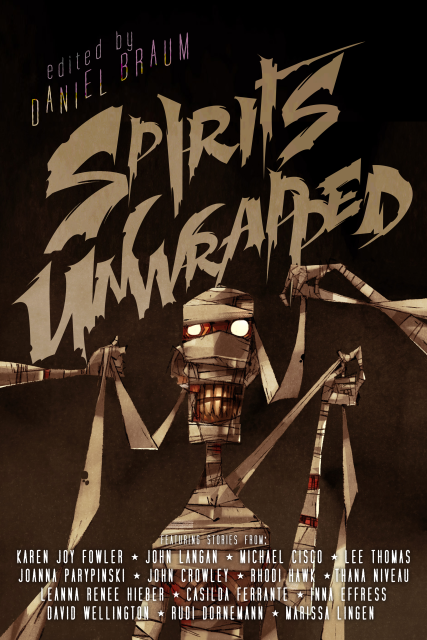 When Daniel Braum returned to the idea of the Spirits Unwrapped chapbook and decided to edit a full anthology of unconventional mummy stories, he asked me to write one of them. For the chapbook, I’d written about a mummy from the Taklamakan Desert brought to the court of Khubilai Khan (in “The Tenth Hat“). This time around, I wrote about a woman from Iron Age Denmark, who is preserved in a peat bog until she emerges into the present day. Dan interviewed me over at the Ink Heist blog, which gave me a chance to talk about how I wrote the story, and about “The Tenth Hat,” flash fiction, and a bunch of other things.

While I lie under the bog, That One Who Walks For Me goes out. By starlight, by firelight, my dreamself ghostwalks, watches, listens. She hears the bedtime chats of lovers, the midnight deliberations of criminals along the road, the stories travelers bring from elsewhere. She hears language shift, follows its changes. She watches the land transform as the seasons cycle, watches the people nearby pass from birth to death, from death to decay. The children of our village, and their children, and theirs.